Let me share a fable I heard years ago from a Peruvian English teacher who was trying to stimulate her young students to take their studies seriously.   The fable tells of how a young Peruvian mouse had immigrated to the  United States in search of a better future.  This young, naïve yet optimistic mouse arrived to New York City wide-eyed and full of hope, but soon everything went terribly wrong. The airline misplaced his luggage, he lost his wallet and passport on Times Square – and to make matters worse –  he stumbled into a sketchy neighborhood,  the sun went down,  and a hard rain began to chill his tiny bones.  Then, just when he thought things couldn´t possibly get any worse, he caught the attention of a hungry alley cat who immediately quickened  pace and prepared to leap.  Our poor mouse was terrified that his dream for a fresh start in a new country was going to come to a rapid, painful end.  Then –  just as the cat was about bite – a loud bark “Wow! Wow!  Wow! “  frightened the cat who skittered for his life back into the shadows.   Relieved but confused, the mouse looked up, thinking he´d see a dog, but instead he came face-to-face with another mouse!   Still trembling with fear, Peruvian mouse stammered to his unlikely rescuer:  “You saved my life!” The new mouse – who as luck would have it had immigrated to the States years before – advised the trembling mouse  with the serious tone of someone giving critical advice: “Listen compadre,  you were lucky this time.. but you need to study languages, because if  you can´t communicate here, you´re dead.”

Like all jokes, you can change the characters and details to suit your audience, but the moral of the story remains the same: if you want to be a successful global citizen, do the work and learn the language. It might not save you from a hungry feline, but the payoff is still huge.

I am a migrant in Peru, so I know about this from a first-person perspective. I arrived in Peru, suitcase in hand, in 1995,  I had only a rudimentary knowledge of Spanish, but once immersed in the culture, and feeling dead-set on becoming fluent in the language, I began to learn Spanish with leaps and bounds. It was hard work, but the reward was worth it professionally and personally.  In fact the return  was been so great that I can´t help but feel stunned whenever I meet expats who have barely become conversational in Spanish after having lived here for years.   I want to shake them by the collar and impress upon them that if they plan their studies, find a system and employ a bit of discipline  –  they will learn the language within a year.  These expats are drowning in an ocean of opportunity by refusing to learn one of the most useful languages in the world, and the lifeline is so, so easy to reach.

Do they realize that approximately 406 million people speak Spanish as a native language, making it the second-most-spoken language by number of native speakers after Mandarin? Have they considered that Spanish has at least 3 million native speakers each in 44 countries, making it the fourth mostly geographically widely spoken language behind? Not only that, but that there are another 60 million people who speak Spanish as a second language.   Learning Spanish opens the door to personal and professional opportunities, and they are missing the boat.

Of course, not everyone has the opportunity to live in a Spanish-speaking country – obviously the best scenario in the world for study – but even if you are living in a country where you don´t hear Spanish on the street, my advice is the same:  Find a system,  plan your studies and apply some discipline.  It´s difficult to reach fluency as quickly as someone living an immersion experience, but the progress is still faster than most people imagine.  My suggestion is that you take the first step of enrolling in a Spanish classes online (we can help 🙂 , and then look for  a group class locally that you can enroll in.  Then, once you get some practice under your belt and gain some basic ability,   enroll on a Spanish language immersion course for a month or two.  This mix of experiences will bring you in contact with different kinds of teachers, and will help keep you motivated.  Believe me when I tell you that the reward of speaking a foreign language is well worth your effort.  You will keep you brain young, you will enhance your travel, and you will make many, many new friends.   Enjoy your adventure! 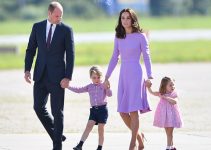