Excellent news!  The SIELE team has just published a complete SIELE demo exam to their webpage: http://bit.ly/22YmeC3. It is fully interactive and it offers a true simulation of what candidates will face when they go to a SIELE testing center to sit the official version of the exam.

When I tested the system today, it worked like a dream.  All the features of the official SIELE were there, including the audio tests, which permit candidates to record and playback their voice (there was a bit of a web echo in the playback, but the sound was totally acceptable), and the interactive notepad used in the Speaking section, which gives test takers place to jot down a draft of what they are going to record.  All the sections are timed, so test takers feel like they are taking the real thing.

The only drawback is that the exam is not scored, so test takers cannot get a sense of how well they did – but considering that half of the test,  the Speaking and Writing sections, need to corrected by trained professionals, this omission is understandable. Still, it would be fun and useful if in the future they could include scoring for the Reading and Listening Comprehension section, since this would allow potential candidates to the official version of the SIELE to get a sense of how strong their skills are in these two areas. 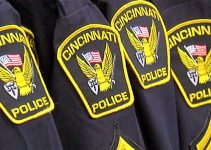