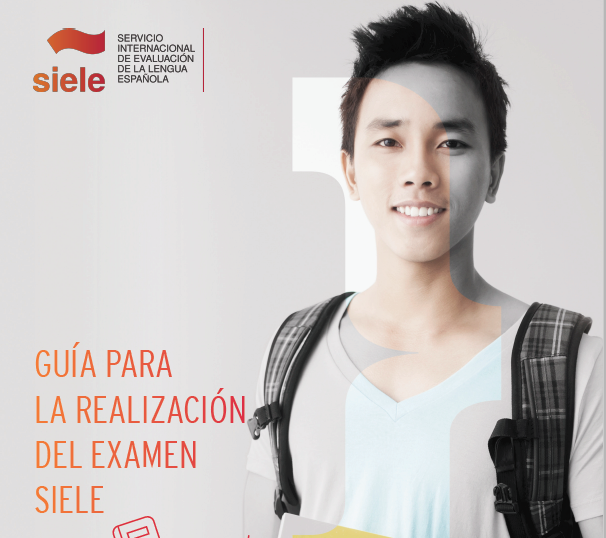 The SIELE Exam Guide is now available on the official SIELE web page (download: Guía para la realización del examen SIELE) and it is meant for people, businesses and educational institutions that want to get a detailed look at how the exam is structured and scored.  (The SIELE is the “Servicio Internacional de Evaluación de la Lengua Española”, a service that rates the Spanish proficiency of test candidates online on five continents).

The SIELE Exam guide points out that the SIELE is “flexible”, since the exam can be taken at SIELE exam centers all over the world (though as of writing, these are still limited to a few locations in the USA and  Brazil), and that it is “pan-hispanic”, since the tests incorporate different linguistic variations of Spanish. The SIELE exam is also described as “agile and fast”, since test takers will receive complete results within three weeks of sitting the examination.

According to the SIELE guidebook, the exam is composed of four different testing areas which evaluate the four communicative faculties of language (reading, writing, listening, speaking). The exam takes a total of 3 hours to complete and the maximum score is 1000, with each of the four areas worth 250 points each. However – and this in itself is a somewhat of a testing breakthrough –  the test is modular, which means that test-takers can mix or match the sections at different sittings, depending on their personal requirements. In other words, they can either take the whole exam at once, or only the sections that they need. Test candidates who take the entire exam receive a SIELE certificate, and those who take the partial modules receive SIELE reports. In both cases, these grades are valid for two years.   The test formats are as follows:

The test taker sits all four sections of the exam at once. This includes:

The test candidate will receive a SIELE report based on a score of 0 to 500, which is the sum of the scores of the two tests.  The report will indicate the test candidate’s level as per the Common European Framework for the Reference of Languages.

As in the previous case, the test candidate receives a SIELE report based on a score of 0 to 500, which is the sum of the scores of the two tests.  The report will indicate the test candidate’s level as expressed by the Common European Framework for the Reference of Languages.

Just as in the S1 and S2,   the test taker earns a SIELE report based on a score of 0 to 500.  As in all the SIELE results, this score is correlated to the Common European Framework for the Reference of Languages.

In this case, the test-taker also receives a report from the SIELE organizers, but the scoring ranges from 0 to 250 (not 0 to 500 as in the other cases, or 0 to 1000 as in the case of the Global Exam).  This exam is based on elements of spoken production recorded and sent to a trained SIELE evaluator who applies a score.  Once again, the point value of the result is expressed on the scale assigned by the Common European Framework for the Reference of Languages.

The scales of grading are included in the SIELE Exam Guide, so test takers can understand clearly what level of proficiency scores and levels refer to.

Plan Curricular Instituto Cervantes. This includes general descriptions and twelve inventories that cover specifications for all six CEFR levels (A1 to C2).

How to Register for the SIELE

Registering for the SIELE is as easy as going to the SIELE.ORG webpage and selecting the date and location desired, and paying the fee. Remember, once you register online, write down or memorize the code that the system assigns you; you’ll need this when you go to the exam center to take the test, and then later when you want to see your score.  The guide mentions that there is a process available to candidates who are unsatisfied with the way their exam was graded. The resubmission process has a price, though they do not say how much it is, or what the process might be.

In case you missed the link to download the guide, here it is again.  Download SIELE Exam Guide.  If you are interested in taking the SIELE, it is a “must read”, though we hope that this brief summary written in English has given you an overview of what is involved.