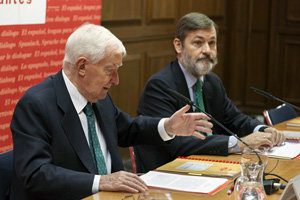 De la  Concha reported that there are now 60 important universities associated with the SIELE venture, located in Spain and Latin America, and this has created a “giant virtual campus of Spanish”.

The geographic areas currently being targeted for the implementation of the exam are the United States, under the tutelage of the UNAM (Mexico), China, under the auspices of the Cervantes Institute and the USAL (Spain), and Brazil, under the guidance of the University of Buenos Aires (Argentina).