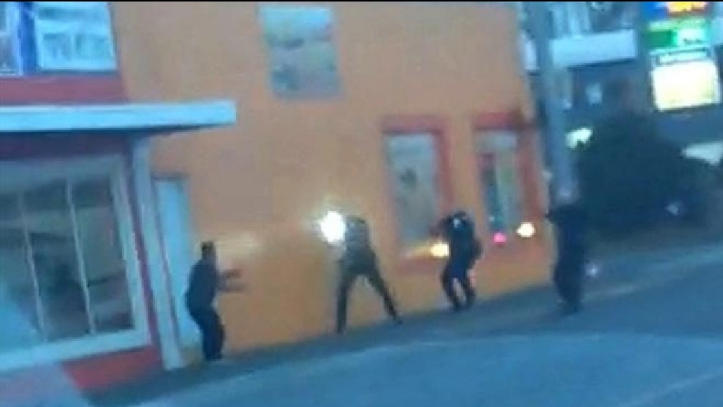 Police departments in the United States are facing growing pressure to either hire more Latino officers, or to train their current staff to be functional in Spanish. It’s no surprise: according to the US Census Bureau, more than 38 million people living in the United States claim Spanish as their primary language, and while most of these folk are bilingual, approximately 20% of them speak little or no English at all. With language demographics like these, having Spanish language abilities is a real plus when it comes to policing. Even with only a strong basic command of Spanish, police officers can strengthen ties with the Latino community, reduce the “us vs. them” dynamic, and better diffuse crisis situations that involve Spanish speakers.

Nowhere was this more true than in the city of Pasco, Washington, where the police department came under heavy criticism for the shooting death of Antononio Zambrano Montes, an agricultural worker from Mexico who was shot by three police officers. Zambrano Montes had been participating in riot and had reportedly thrown rocks at the police officers who were called-in to contain the situation.

The recommendation to hire, or train, more Spanish-speaking police was made by the Police Executive Research Forum, which had answered a call from the U.S. Department of Justice to look into the shooting with the hopes that improvements could be made for the future. The report also advised the police department to develop and embrace the concept of “community policing”, and to help officers develop a better understanding of cultural diversity. While the report was specific to Pasco, it made the case that similar solutions could apply to other cities facing the same challenges.

My own experience has shown me that there is often distrust between immigrant groups and the police all over the world. Being an immigrant places often means you are in a more vulnerable position, which exacerbates the power relationship between police officer and citizen. Some immigrants have had very bad experiences with the police in their home country, so they are even less disposed to trust or cooperate with law enforcement.

So – if you are a police officer – what is it worth to you to improve your communication with the Spanish-speaking people in the community you police? How much time would you be willing to invest in order to learn basic Spanish, and as a result, do a better job, and maybe even get a raise or a promotion?

Would it surprise you to know that if you spend as little as 2 hours a week for one year in online classes (which you can take from the comfort of your home), you can achieve a strong basic command of Spanish? This is enough Spanish to ask and understand simple questions, to be polite and to express niceties, and to give commands in a crisis. Think about that: only two hours a week! That’s probably less time than you spend watching the news, going to the movies, reading the paper or going to the gym. I bet if you do a tough analysis of the situation, you will agree that if you organize yourself well, you’ll probably hardly feel the time investment. That’s the “take away” point I want to make: learning the functional basics of Spanish doesn’t take that much time, especially if you reinforce your personal online classes with audios that you can listen to during your drive to the office, when you are doing yard work, or just chilling out on the couch. Get organized, find a good teacher and program, and the rest slips nicely into place.

The Web Spanish school encourage all police officers in the United States to learn at least a basic level of Spanish. Drop us a line, and we will happily set you up with a free trial class so you can see for yourself how Web Spanish online classes can help you learn Spanish quickly and efficiently, and ask us about our special discounts for police departments in Florida and California. If you are too busy for online classes, we have put together some fun Spanish video lessons for police that you can find on YouTube.

In closing, thanks to all the great police officers out there. You are doing a difficult, and often under-appreciated job to make communities safe for all.