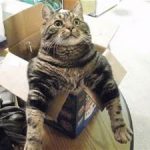 Here is an easy Spanish idiom you can use in those situations where things just don’t seem on the up-and-up, and you suspect dishonesty or lack of transparency. Play the audio and hear how the idiom is used, then keep reading to learn about the likely origin of this curious expression. You might be surprised!

If you would like to read the text of the audio in Spanish, jump down to the bottom of the post.

Origin of the Expression “Hay gato encerrado”: This idiom might top the list of the best non-intuitive expressions of all time. Logic would dictate that a reference of a “locked up cat” might be allusive to some terrible smell, but the history is really much different, and to understand the origin, we need to go back to the 16th and 17th century, a day and age when people used to carry their coins in a little sac called a “gato”. Of course, if you wanted to keep the money safe from theft, you hid it in your garments.

So, imagine a robbery taking place, and visualize the robbers poking away at the soon-to-be victim, certain that there was money hidden somewhere. The suspicious robber might affirm: “Hay gato encerrado”. In other words.. not everything is as it seems and there is a hidden truth somewhere. In English, we’d probably say “Something smells fishy”.

And why did they call the bag a “gato”? Well, sorry Garfield, but it was probably because those bags were often made out of cat leather. Meow’ouch!

Thanks for joining us. Remember, if you would like to practice Spanish online with a trained tutor, all you need to do is drop us a line. See you soon.