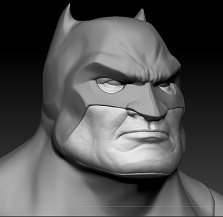 Okay, let’s get this straight: if someone is a “caradura”, it doesn’t mean that they literally have a hard face. Nope, but to get to the bottom of the meaning, we need to delve deep into the history o Spain. But before we go there, listen to how the expression is used in this audio and see if you can understand the meaning based on the context. By the way, the full script and translation are included at the bottom of this post.

Did you understand? The dialogue relates to how the employee, Chavez, has left work early to go home, but his boss doesn’t believe his excuse that he had some kind of emergency, since he pulled the same trick last week. Instead, the boss suspects that Chavez is lying and and calls him a “caradura”. If he was speaking in English, the boss might say that Chavez is unprincipled, or high-handed.

So how did this expression evolve? Well, in this case we need to go back to Spain to the time of the economic collapse of 1627. The Spanish had been debasing their currency to pay for their wars forcing the Castillian economy to eventually collapse … and his sent prices through the roof. The crisis created a terrible strain on the population, and to make matters worse, counterfeit currency began to abound, including knock-offs of the escudo, the real and the doblón de oro. At first, passing off the fakes was great business for the crooks, but it didn´t take long for their victims to pick-up on the differences between the copies and the originals. For example, on the fake doblones de oro, the iron alloy would accumulate on the image of the King´s face, making it harder than the image of the cross on the flip side of the coin, where the softer tin would predominate, and this eventually gave rise to the expression “la cruz muy blanda y la cara muy dura”, which was later shortened to only the second half. It wasn’t much longer before the very counterfeiters, a shameless, high-handed lot indeed, became known as “caraduras”.

A special thanks to Etimologias.com, for providing the historical background to this lesson. If you get a chance, visit their web; it’s brilliant.
And remember, if you would like to learn Spanish with a private tutor, click on this link to take Spanish online.

Explicación: “Ser un caradura” = no tener vergüenza de comportarse inadecuadamente en alguna situación.
Explanation: To be a “caradura” means not to feel shame and to behave inappropriately in a given situation.