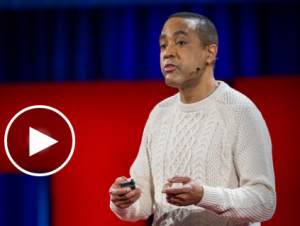 There is a worthwhile  Ted Talk given by linguist and Columbia professor John McWhorter that has been making the rounds recently. In a 10 minute whirlwind of ideas,  McWhorter makes the case that English is rapidly consolidating its position as the global language, and points out how this begs  an important question: if you speak English already, why bother learning another language?  He then goes on to provide some brilliant answers.

THE FUTURE IS ENGLISH, BUT…

According to McWhorter, English is on its way to becoming the predominant global language by the end of this century, thanks to its prevalence on the internet, and its use in the world of finance, diplomacy and air traffic control, and even though Mandarin is currently spoken by more people, far more Chinese speakers are learning English than the other way around.   If that were not enough reason to forget about studying a foreign language, he adds that instant translation of live speech is getting better every year.  These two points lead McWhorter to ask: Why should anyone learn foreign languages if everyone will either be able to speak English, or have access to technology that will automatically translate speech?

McWhorter concludes with a reflection on how it has never been easier to teach yourself a language. “You used to have to go to class, go to the laboratory, use records… and books that didn’t work”. In comparison, now we have “modern methods of learning languages would have sounded like science fiction to very sophisticated people”.

We couldn’t agree more with McWhorter’s ideas, especially his last point about how learning a language has never been easier, and as he points out, you can now study a language lying on your living room floor sipping your favorite beverage.

But there is a catch. While it might be easy to find online exercises to complete, videos to watch, and articles to read, learners will lose valuable time and energy if they lack a logical learning path.     Web Spanish solves this problem by providing students with a clear curriculum based on the guidelines established under the Common European Framework of Reference for Language.

The vast majority of resources that are available online also have another drawback: they do not allow students the chance to practice speaking Spanish.  Web Spanish is an exception to the rule, since our entire methodology is based on the premise that students need to be given the maximum opportunity to produce Spanish- in speaking and writing- , because we believe that a foreign language really sets in when the student is called upon to communicate.