According to an article published by ADN Cultura, there are currently about 50 thousand people studying Spanish in China. Spanish is taught at 135 universities and the Chinese government included it as an optional foreign language (along with French, German and English) in the secondary school curriculum, and in some primary schools.

UNAM’s Center for Mexican Studies in China, led by Guillermo Pulido, promotes the study of Spanish as a foreign language, and the work of the International Service of Evaluation of the Spanish Language (SIELE). SIELE certifies the degree of proficiency in this language among foreign students and professionals.

Raúl López Parra, coordinator of Communications at the Cervantes Institute in Beijing,  said that they “had promoted the organization of conferences, round tables, workshops, film cycles and competitions”. They have also organized the first National Short Story University Competition in Spanish in China, in which 162 papers from more than 40 universities were presented. The winning works will be published under the stamp of UNAM Publications in a bilingual edition: Chinese-Spanish.

SIELE, he explained, is the first digital certificate with international recognition that accredits the mastery of the Spanish language from the pan-Hispanic perspective, and gives an account of its richness and diversity.

This test was designed and created in 2015 by UNAM, together with  the Cervantes Institute, the University of Salamanca and the University of Buenos Aires in Argentina, which guarantees quality standards and good practices in the preparation of the tests, and the use of different linguistic varieties of the Hispanic world.

One of the objectives is to have trained teachers to adapt to different educational levels, because the needs of  high school students are different from those of university students.
“As a support for learning Spanish, we contributed to the opening of Rincones UNAM, in order to promote the resources of the plataforma Descarga Cultura. Five ‘Rincones‘ have already been installed in Chinese universities and in the Cervantes Institute in Beijing. We are currently working to change the image of these spaces and soon others will open,” said López Parra. “However, it is necessary to reinforce the academic programs to train a greater number of professors and to support young people in their vocation.” 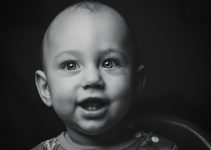 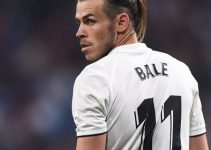