Will computer-mediated translation replace the need to learn Spanish? 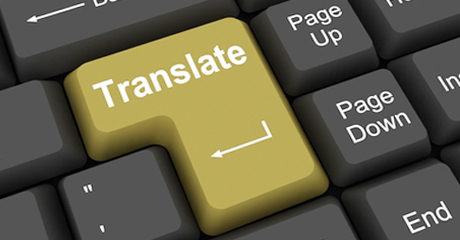 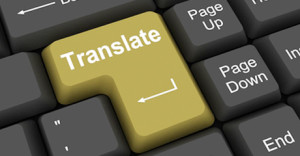 The Wall Street Journal published an article recently that created a bit of a stir on the social networks of language schools and interpreters.
The article heralds a new age of computer assisted language interpretation that will make people “virtually” fluent in dozens of language within the next decade.

It used to be the case when I traveled abroad that I would take a little pocket dictionary that provided translations for commonly used phrases and words. If I wanted to construct a sentence, I would thumb through the dictionary for five minutes to develop a clunky expression with unconjugated verbs and my best approximation of the correct noun. Today I take out my phone and type the phrase into Google Translate, which returns a translation as fast as my Internet connection can provide it, in any of 90 languages.

Machine translation is leaps and bounds faster and more effective than my old dictionary method, but it still falls short in accuracy, functionality and delivery. That won’t be the case for long. A decade from now, I would predict, everyone reading this article will be able to converse in dozens of foreign languages, eliminating the very concept of a language barrier.
Today’s translation tools were developed by computing more than a billion translations a day for over 200 million people. With the exponential growth in data, that number of translations will soon be made in an afternoon, then in an hour. The machines will grow exponentially more accurate and be able to parse the smallest detail. Whenever the machine translations get it wrong, users can flag the error—and that data, too, will be incorporated into future attempts.It is just a matter of more data, more computing power and better software. These will come with the passage of time and will fill in the communication gaps in areas including pronunciation and interpreting a spoken response.
Link to the full article here.

The article begs the question: with technological solutions right around the corner, is it still necessary to learn a foreign language? The answer is a resounding “It depends”. There is no doubt in my mind that interpretation software is moving ahead in leaps and bounds, and that within the next decade we will all be able to plug a device into our ear and interpret what we hear to a functional level of exactitude. This is great news. For example, it will be liberating for travelers who are now tied to a clunky tour group because they need the language support of the guide. It will also be a boon for business travelers who have no other intention than make a purchase, or to give a boilerplate presentation. I think that this will all lead to a more integrated planet, and foster greater understanding between peoples, so up to this point, it’s all good.

But when you get right down to it, most of the world is not ready to speak through a machine interface – not now, and not in ten years time. Doing so would seem awkward and inhuman, especially in developing countries that are not as technologically integrated as the first world. Take the traveler I mentioned earlier for example. She will now be able to book her hotel and her flight, and even will be able to order a meal at a restaurant, but will she be able to make chit chat with the old man sitting next to her on the bus, or the lady selling flowers on the corner? And what of the business person? Will she be able to form the bonds of trust and friendship that are so important in the business world, particularly in Latin American and Asia? Probably not.

People will also continue to learn foreign languages because speaking the language brings you closer to others. Can you imagine falling in love with someone and building a sustainable relationship via computer-mediated communication? Or how about going to a party and meeting new people. Is it realistic that bonds and friendships will be built when people are communicating through an interface? Sure, it could happen, but it is not realistic, and it is not the easiest path.

So, will interpretation software change the way we live? Yes. It is going to be a great tool for all of us, making the job of interpreters easier, and we will all be able to be global travelers. But will it replace the need (and joy) of learning Spanish online? No. Not in this generation, and probably not in the next.